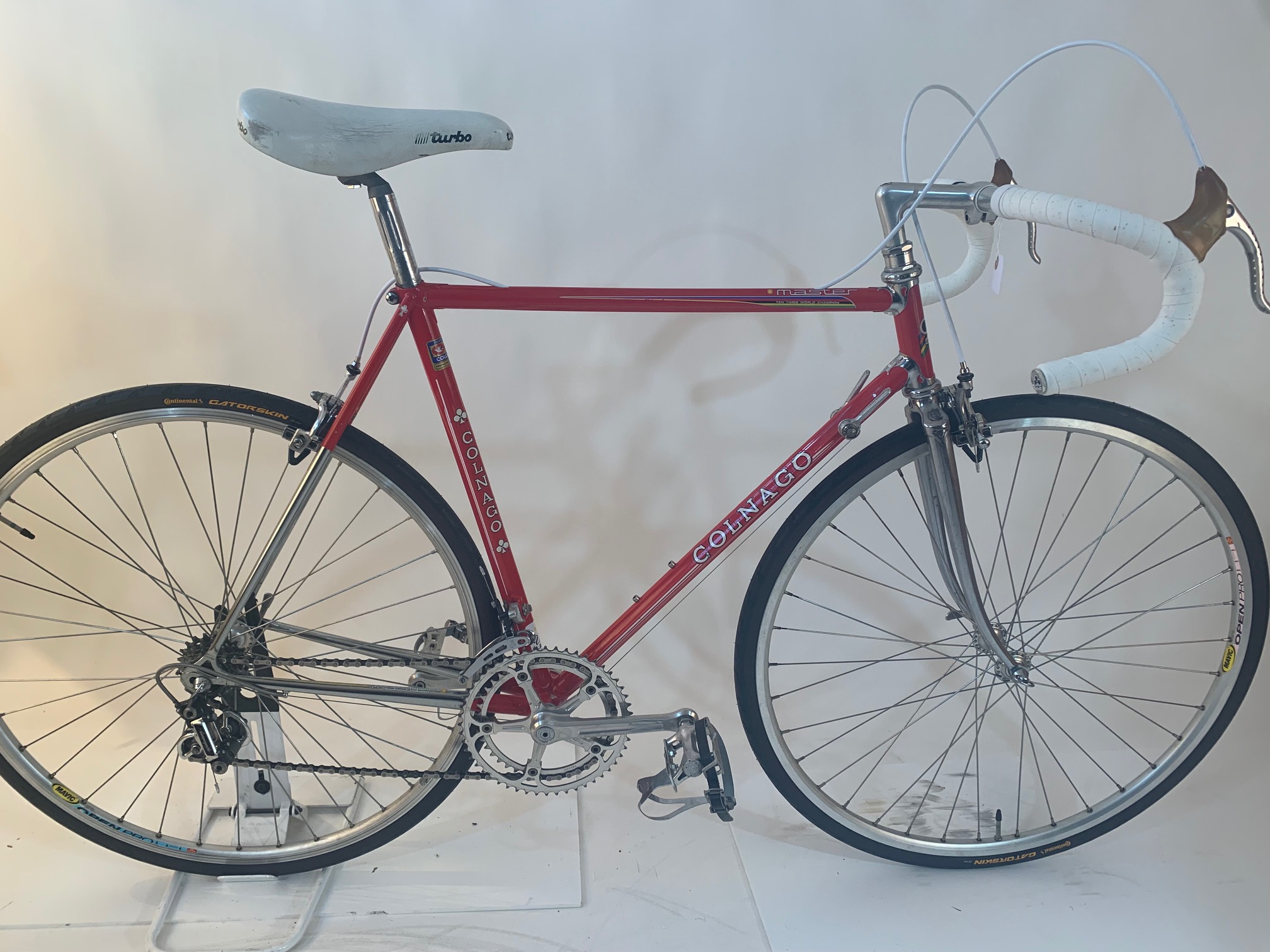 Colnago launched the first Master frame in 1983 as a new top of the line model. From ’83 it would be built in five different variations. (Master 1983, Master Più 1988, Master Olympic 1991, Master Light 1994 and Master X-Light 1998). Today, Colnago once again has a steel Master in its lineup. The Master replaced the hitherto leading “Super” in ’83. Particularly groundbreaking was the now no longer round, but angular “Gilco” tube set. Ernesto Colnago was and is always known for his own design and new ways. Gilco is an abbreviation which stands for Gilberto Colombo. Gilberto Colombo was an Italian designer and has created designs for cars, sailboats and houses. In addition, the shape of the tube is said to contribute to better stability / rigidity of the frame. The frame, painted in the classic red, in conjunction with the chrome-plated sleeves and the “wings” in the bottom bracket sleeve was at that time probably one of the most sought-after and also most expensive frames that money could buy. And anyone who has ever ridden such a frame, feels quite quickly how great the ride of these not only visually beautiful frames. The frame is in a sensational state of preservation.

A bike, a work of art – a design object for the wall in the living room.

A noble classic, which can be driven so also on each L’ Eroica!